Business storytelling isn’t simply about the stories that you tell; it’s about the story that you believe. This resonates as much with you and your business colleagues as it does with your audience.

Your story began the very moment your company was born. It’s your introductory paragraph – it’s the reason your business exists. Some stories are embellished over time, some are rewritten and some are simply ignored.

But what if your story never really took place at all?

I couldn’t have met two more contrasting business owners. Yesterday I travelled to meet with a client who’s 3 months into a new digital venture having recently sold his prior business. His approach to business oozes authenticity. The relationship with his new employees, all of which work remotely, is sustained through a mixture of entrepreneurship, trust and camaraderie. A belief in what they were setting out to achieve and confidence in his leadership to achieve that goal.

During our workshop he needed to break off from conversation to speak to a potential prospect. This wasn’t for an incoming call, but a livechat request flashing on this screen. He already had a small team of sales people to answer livechat requests, but their site was already proving a success and he needed to jump in to assist.

This was the founder of a business working from the kitchen of his beautiful countryside farmhouse. Did the inbound enquirer know that he wasn’t speaking to a sale rep, but the guy who created the business? Did he particularly care? No, he was interested in finding the immediate answer to a question regarding the suitability of their product offering. The lead could well generate into tens of thousands of revenue. The value of the prospect was unknown until a couple of simple questions were answered.

With less than a dozen employees, the company already provides an Employee Handbook to new recruits. This document isn’t a ‘here are your hours, here is how you deal with grievance’ handbook. It’s a company manifesto. A 20 page document that would have any new recruit beaming with pride and ready to prove their worth – already firm believers of ‘the story’.

Our time was spent carving the story into digestible content that leave their online audience as believers too.

Turning the clock back a few months I was involved in a meeting with the founder of a new marketing agency. Again, a company that was utilising remote staffing. This time, it was all about keeping costs down. Why were the costs being controlled so carefully? To keep their pricing as competitive as possible.

A startup agency already concerned that they couldn’t compete on price.

This story here contrasted tremendously with the company I detailed above. Now, we’re in the realms of ‘perception’. The agency had to ‘look the part’. If a potential client wanted to meet, a makeshift office was setup in a flexi-office and remote staff were drafted in from across the country to sit behind desks and give the perception of an established agency.

Calls were filtered through a virtual reception to ‘build credibility’ – yes, I even had to dial ‘3’ to speak with an advisor…

The agency founder feared the perception his agency would emit if they were ‘found out’ as a remote business. Linkedin and Twitter updates were 100% focused on announcements of winning new clients, hiring new staff and ‘establishing credibility’. Credibility housed within makeshift offices.

You Are What You Are

Every business has a story they can share – the story of how they were founded. That story represents the building block for the future of your business. It should be embraced rather than masked. It’s a story that everybody within the business should be proud of and readily share.

If you’re starting your business and writing a fictional story how does that help build the future success of your business? At what stage do you merge fiction with reality? Will you always fear the perception of being smaller than you genuinely are? More to the point, if you don’t have the confidence to be who you are, both individually and as a business, how will your story be told internally, as well as to your listening audience?

TAKEAWAY: We’ve all told a little white lie. We’ve embellished the truth. It’s part of life. The problem is when you begin to believe fiction to be fact. You become an actor. Actors work best when the director is on hand to guide them and to help steer the characteristics of their character. Without the shout of ‘that’s a wrap!’ there’s no divide between acting and reality.

Long-term, authenticity wins each and every time. 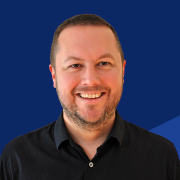 Helping you use customer insights to unlock real ecommerce growth. Get my weekly email where I show you exactly how using the form below: